My name is Florence Mutonyi D’ujanga, Professor of Physics at Makerere University. I would like to share my experience I had when I got COVID-19.

Christmas 2020 started off very well with a service at St. Francis Chapel Makerere, which I attended together with my two sons. The service was very lively: I remember it was punctuated with many “Amen”-choruses from the congregation. Then, when we were singing, my throat seemed to be hoarse – as if I had flu, but I didn’t take it serious. In fact I thought to myself that it was because I hadn’t been attending church physically of late: I used to attend the live-streaming services and in that case, the singing was minimal.

My daughter and her husband had invited us for lunch so we headed there straight after the service. It was indeed a day of eating: for we really feasted and when my sons dropped me home that evening, I told myself I would not eat anything else that evening lest I diluted my good Christmas meal. I only had a cup of tea. Then, as I got ready to go to bed, at around 10 pm, I felt feverish. That’s when I remembered the hoarse throat during the day, and immediately I thought
of covid-19 symptoms. But I wanted to dismiss the thought however, the fever persisted throughout the night. I thought it was malaria, but it seemed different. So I decided that when morning comes I would go to the sick-bay and test for covid-19, just to clear my worries. In the morning, I seemed okay, but I decided to go to the sickbay anyway.

So, on Saturday, 26th December, I went for the test and the following day the results came back as positive! It was like a bomb-shell. The Doctor gave me some prescriptions, mainly vitamins and told me to self-isolate. I had already sent my family to the village and was planning to follow on Monday, since there was a function I had to attend on 29th December. So I was alone at home and could self-isolate. I told my family members in Kampala: they could not come and stay with
me – all they could do was bring me fruits and groceries, but could not enter the house: they would stop in the compound. I seemed to be doing well for the first days, but the fevers would be there during the nights. Then came loss of appetite, some stomachaches, and climbing the stairs in the house would be tiring. But I kept hoping that after fourteen days, it would be over.

Then on the night of 1st January 2021, it was very serious: the night fever persisted, and yet previously taking Panadol would calm me down, but this time Panadol did not work. Remember I was alone in the house and I think I panicked because I could not even pray. All I could do was to call on the Name of Jesus. At 6 am in the morning I called my sister and told her that I could not sleep. Before I could explain much she said “let’s see what we can do”. In a short time, she
rang back that the Doctor (my brother) was on the way. Well, I was rushed to Mulago and after taking my details and some tests, the doctor at Mulago said I was to be admitted. He asked: “Do you mind?” Of course not! He then told them to prepare a bed for Prof. Florence (as I was referred to for all the days I spent there) on the 6th Floor.

I was in 6A, with five other patients, but I was in a side room. The service was very good: the doctors would check on us many times both day and night. The problem is that we could not see their faces as they were all covered up, but they were so caring. My complaint was mainly the night fevers, no appetite and running stomach whenever I ate anything. I was telling this lady doctor about the night fevers and she encouraged me by saying that when she had covid, the same thing was happening but she got well. You can’t imagine how encouraging that was to me. From the tests they had done, they discovered some clotting in the blood, so I was on injections for five days to “thin” the blood.

The other good service was the food: it was really good food and well prepared. Unfortunately, I could not enjoy it. I kept on telling the doctors that I had no appetite, and all they could say was “we shall see what to do”. I knew I had to eat for the medicine to work. So I could just chew food like one eating paper and then I would have to push it down with water as if I was taking medicine. But thanks be to God! After some three - four days, I ate the food properly and I was so happy that when my brother called, I was excited and told him that for the first time I have eaten food and felt it was food. That’s when he told me that all along it was not loss of appetite but loss of taste that was affecting me! Even the doctors were glad to hear that. I believe this indicated that I was on a recovery path. I was discharged on 9th January 2021.

I must mention the joy I got every time my family brought me fruits and juices. They would bring the juice hand it to the Askari on Floor 2, who would then bring it for me to Floor 6. They would call and say they were down. Then standing at the gate of my ward, I would see them on Floor 2 and wave to them. That would be the most exciting period of the day - I’m sure for both my family and myself. I would look forward to the next day when they would return.

While there I kept on wondering how I could have gotten Covid: everybody knows how strict I am with the SOPs and even at the lunch on that Christmas day, I had my mask on full time, of course except when eating. But sometimes we do not take frequent sanitizing/washing of hands seriously. And now my worry was that I could have even infected my family. When one of my sons tested, he found that he was positive! He had no symptoms at all. Even the second testing
after a week he was still positive, but he later showed negative after two other tests.

I’m giving this testimony to tell people that COVID-19 exists and it really pains! The doctors told me that mine was mild, but it pains! So we really need to take care and observe the SOPs strictly. I’ve given the example of my son who never showed any symptoms at all, but had the virus. In other words, we should treat everybody we come in contact with as a potential carrier of the virus, so that we do not take chances.

Secondly, I would like to acknowledge that there is nothing God created us with which is useless. I never thought “taste” was important. But after my experience, whenever I enjoy a meal or a drink, I thank God that I’m able to “taste” and enjoy the meal.

And finally, I’m grateful to the my family and doctors who were up and down taking care of me, but above all, it was the healing hand of the Almighty God which enabled me get on my feet again. Glory to His Name. Amen & Amen! 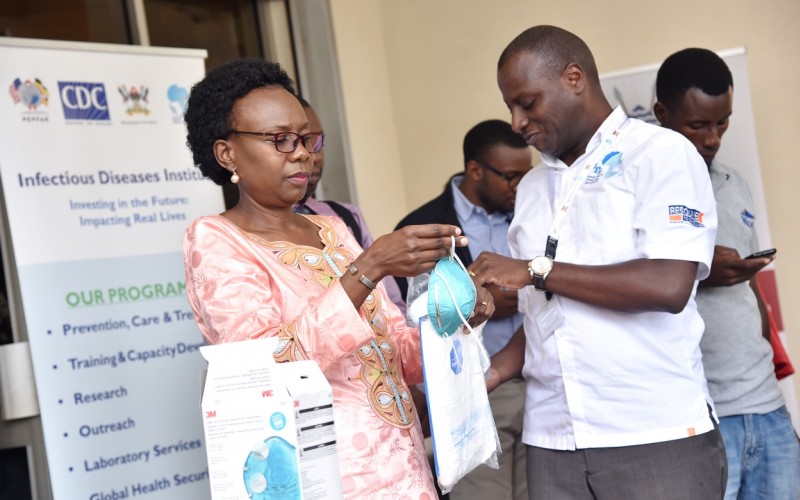 IDI Hands Over PoE Equipment Worth UGX510M for Infection Control 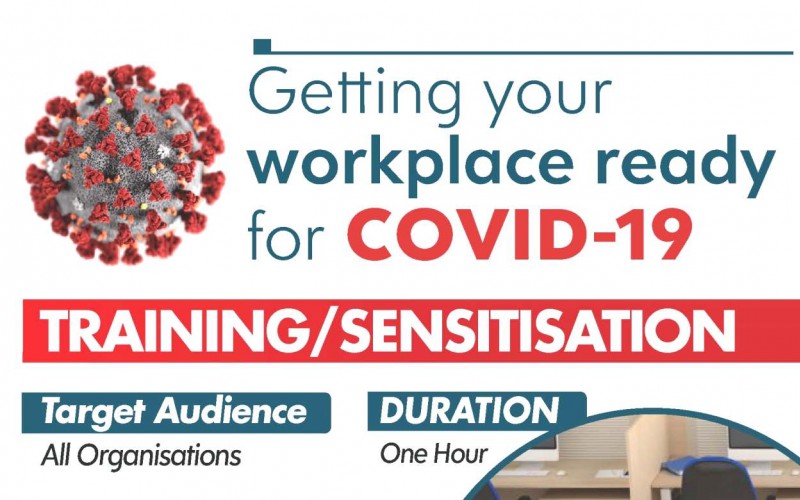 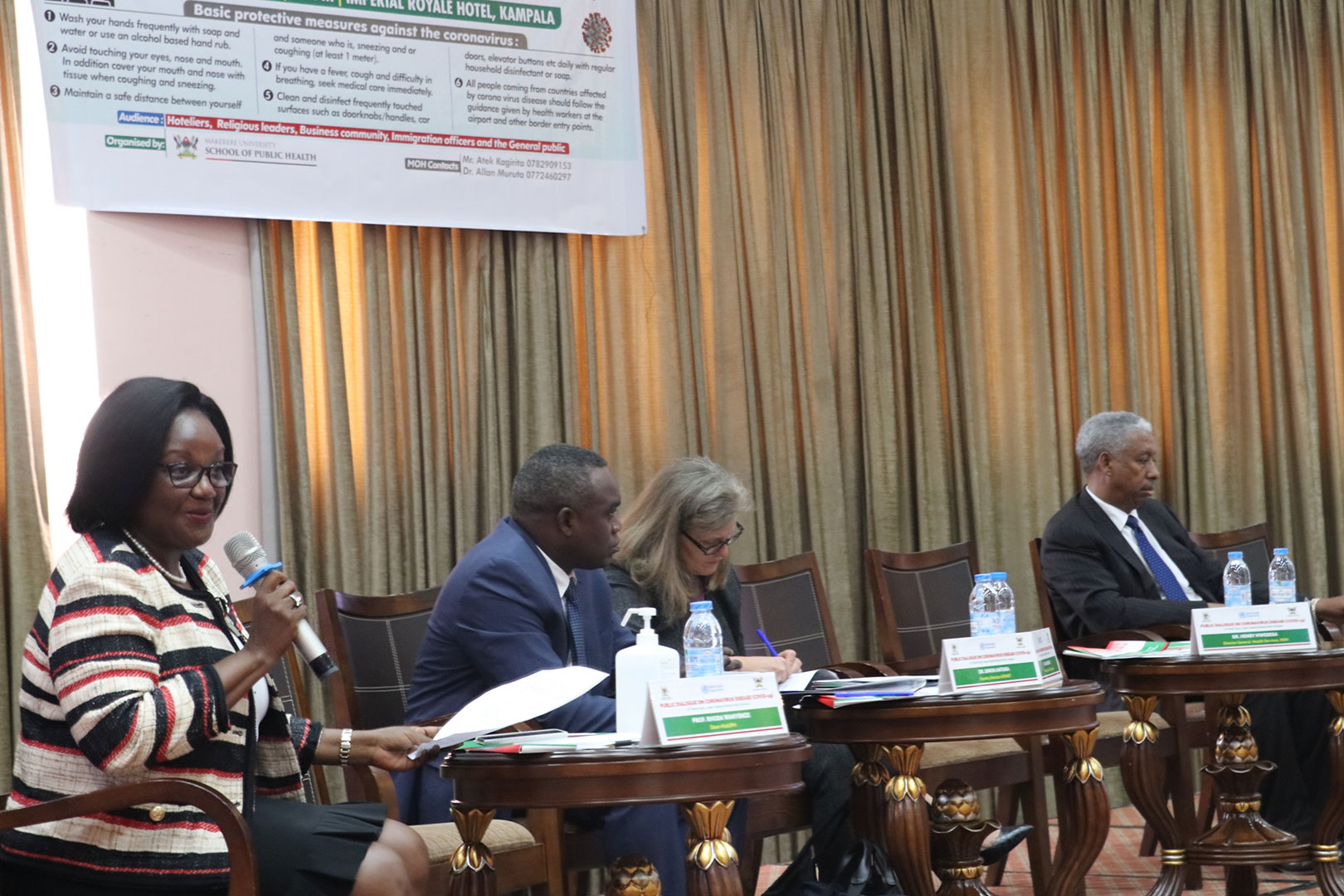 Uganda’s Preparedness to Prevent, Detect and Respond to the COVID-19 Pandemic 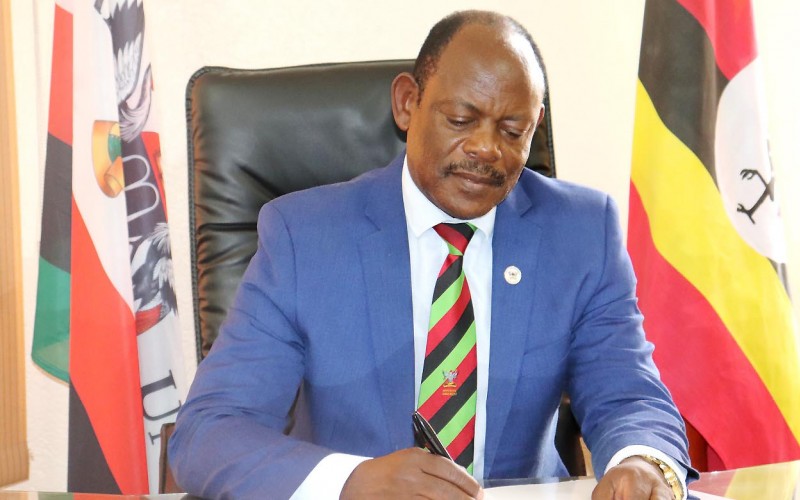 Fellow Makerereans and all our Stakeholders.…